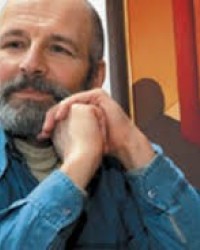 Born on September 7 1943 in Sofia to a family of artists. He had studied in the High School for Arts, which he finished in 1962. In 1969 he graduated from the Art Academy in Sofia in painting. His paintings are to be seen in many galleries and private collections in Bulgaria, France, the Netherlands, Belgium, the USA, Greece, Israel and Sweden. Mitchy has successfully participated in the General Art Exhibitions organized in Bulgaria, and in exhibitions abroad.

1978 - One-man exhibitions in Sofia and Warsaw

1975 - the Committee for Youth and Sport Award

1977 - The DKMS Award for Literature and Art

1980 - Meduza Aurea Second Prize at the annual competition in Rome, awarded by the international jury of the Academia Internacionale de l'Arte Moderna