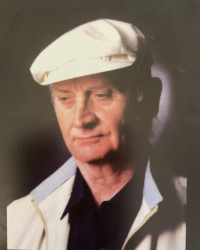 Iliya Milkov was born in the village of Stavertsi, Pleven. He has been painting since 1950. Since then he had his first participations in general exhibitions. Member of the UBA since 1969, for many years was  in the leadership of the Pleven group of artists. He had solo exhibitions in Rousse, Sofia, Plovdiv, Oreshak and Nikopol. In 1993 he participated with his own artwork at "Otel Druo", Paris. His creative choice is the landscape, although in less common cases he also had drawn still-life. He is also called a master of color magic - something extraordinary for a self-taught artist like him. Over the years, Gallery 13 has conducted several solo exhibitions of the author and has always been present in the permanent exhibition of the Gallery.